Why teach kids to code? 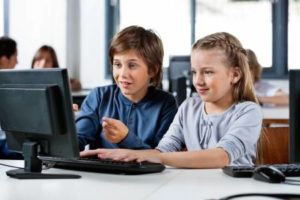 Why Teach Kids To Code?

Parents often ask why it is so important for kids to know about coding.  While it is true there is only a small percentage of people who end up in careers where they actually do programming, that isn't really the point.   It is true that in the next decade governments across the world are predicting large deficits in technology graduates compared to business needs.  But, teaching kids to code is so much more than preparing them for a career.  Teaching kids to code is about preparing them for life.  Coding teaches kids to think, problem solve, be producers and not just consumers, and ultimately wires their brains for a new world.

We often say that the kids of today have their brains wired for technology.  While it is true that because they grew up with an iPhone, iPad, or gaming console in their hand they are far more comfortable with the technology than their parents or grandparents were, that doesn't mean that they’re prepared to be able to make a real difference in society.  In fact, as a parent, I worry that my kids tightly coupled brains and phones has made their ability to cope and impact society a negative.

As a parent, a university professor, and an employer I see many of the kids of today who are unable to focus effectively and who prioritize school and work below obsessive activities like games, social media, and other technological distractions.

We need to help kids channel their fluency with technology into areas that improve their attention to “big kid" vocation.  We want them to be able to use technology to make a positive contribution to their homes, jobs, and communities, but the trend doesn't seem to be heading in that direction.

Teaching kids not only about how to use technology, which they seem to be learning on their own, but also about how to create and understand more deeply the technology they are using can be a catalyst for change.  As kids learn coding skills, it makes them producers rather than just consumers; it helps them to think more like computers think; it helps them to be problem solvers and critical thinkers; and it teaches them persistence and patience.  These are important attributes for all of us to learn, especially our kids.

Teaching kids to code will unleash the creative capabilities found within our kids.

This article is written by Troy Tuckett, author of the Kids Coding Workbooks.